The latest vehicles of today are equipped with many high-tech gadgets for driver comfort. However, technology firms are always working on new and must-have gadgets to make every ride enjoyable, especially for those doing a driving practical test. Ranging from high-end GPS systems to futuristic radar detectors, there are numerous must-have gadgets that should be considered by every driver. This article looks at 5 of the most useful gadgets for cars.

This radar detector has generated controversy for a long time, as it is legal in some places but not allowed in others. For drivers allowed to operate a radar detector, iRadar takes driving to the next level for them. Unlike the case of old radar detectors, iRadar atom is data-aware and phone-aware. It alerts the driver when it spots a traffic policeman’s speed gun. Drivers who use it can then be informed about potential trouble spots or speed traps during their trip.

This new Nuvi model has more realistic directions and a natural text-to-speed translation. Additionally, it has an ultra-thin design unique among other external GPS systems. The system can instruct the driver to merge or turn by using actual street names as well as by speaking about points of interest and landmarks along the way. With a trendy design and built-in magnets that any driver would love, this system is definitely a game changer. 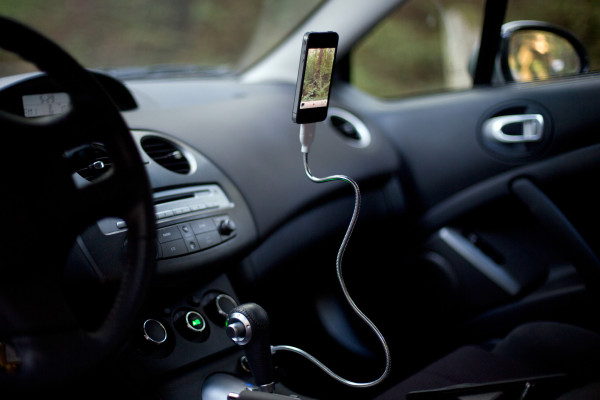 Magellan has not been left behind by the introduction of mobile apps that are eliminating the need for standalone, typical GPS systems. The company has put some effort to incorporate these two interests together. Its latest SmartGPS system is the main competitor to Garmin’s newest Nuvi offering. Rather than just focusing on natural language and design, Magellan went a step further by making their GPS system to be phone aware. Nowadays, drivers can plan routes on their mobile phones, incorporate those routes to the GPS system, and everything will be ready to go within a few moments. This kind of convenience could turn out to be the external navigation system’s saviour.

Vehicle owners who watch vehicle commercials are probably envious of their friends who own a new Ford Escape. This SUV enables the hatch to be opened hands-free by simply tapping or kicking the bumper gently with hands full. This system can also be found in other models such as the BMW X3, as well as Volkswagen’s crossovers. This mechanism is typically sold as an upgrade, and is ideal for any vehicle used to carry groceries or any other awkward, complicated cargo.

This system is powered by Verizon mobile data and Delphi technology, and is an excellent way of keeping track of a vehicle’s location together with everything ranging from its oil levels to engine temperatures. It runs through the vehicle’s microprocessors, tracking a number of key fluid and engine metrics. In addition, it offers integrated navigation and keeps track of the car’s location. The system thus gives drivers the kind of convenience that can only be offered by 21st century innovation.