GeForce GTX Titan offered at $1000 only made sense for all those people who built small form factor PCs and multi-GPU powerhouse. Now there’s yet another option, a slightly de-tuned GPU with a price tag of $350 with the Nvidia’s GeForce GTX 780. The GTX Titan was for gamers and the Titan LE can be called Titan’s little brother. Among the entire GTX 700 series, this particular GTX 780 is the top model and comprises of almost all the features and the goodness that the GTX Titan graphics card has. And therefore, Nvidia has finally taken the plunge and has decided to take on the brand new generation on us. The new GTX 700 series is using the same technology except that it’s reaching higher up in the GPU (Graphics Processing Unit) ladder and also pulling the tech down by a few points. And with the GTX 780 graphics card, it seems to be challenging AMD to upgrade itself and offer some more competition. 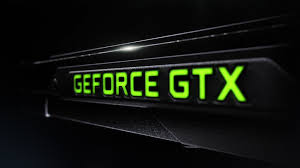 Although we’re aware of the fact that we shouldn’t use this nickname for this new graphics card but in actuality this really fits the impressively powerhouse GTX 780 to its perfection. The GPU of this graphics card is the same (GK 110) though this time it has been thrown into the market with 2304 CUDA cores as against the 2700 shaders that constituted the Titan’s chip. An interesting fact about this is that on the outer surface, it will look like Nvidia has simply chopped off a single graphics processing group, but it is actually it is actually cutting out 3 of the 15 SMX modules in all those places where they aren’t functioning well. This clearly implies that each GTX 780 might have 4 or 5 GPCs and this will depend on whether or not all the 3 of the disabled SMX modules are appearing in the same GPC.

So, with the GTX 780, Nvidia has got lots to do with any GK 110 chip with 2 or more failing modules. This doesn’t mention to say that every GTX 780 is donning a chip that is too weak to make it to the two top cards but with the fact that Nvidia could sell every Titan, this isn’t a ridiculous conclusion that you can make. Another change that you may note from Titan to GTX 780 is that Nvidia has now stalled the double-precision units that were there in its GK 110 chip. The reason behind this action is pretty obvious. Most of the people who were buying a Titan were amateurish, small-scale renderers who wished to get the performance of a professional Tesla K20X without having to shell out $2500 from their privilege and this means that most of the Titans weren’t being used for playing games. This versatility is now a thing of past and with the GTX 780, it’s only reason d’etre is “gaming”. How this change has been initiated is certainly something to be wondered about Nvidia has recently commented that it won’t be astonished if some promising hacker managed to turn the entire system back again.

If you forget about the frustration of the sky-high price tag, the gaming experience of this graphics card is immaculate and incredible. The GTX 780 gets closer to the power of Titan and when you start using it, you can actually experience the best gaming skill.

You Can Sell LOL Accounts For Some Extra Cash