In the world of First Person Shooting, Far Cry series is one of the best of all times. The latest saga of Far Cry is Far Cry 3. It has not been long since this game was released with its amazing graphics and mind-boggling gameplay. Ubisoft has brought another ground-breaking sequel to this extra-ordinary game. But, let us assure you that this sequel is stand-alone meaning that it doesn’t require Far Cry 3 to run this game. It can be played separately. This sequel has been brought to all the platforms like Xbox 360, PS3 and PC. 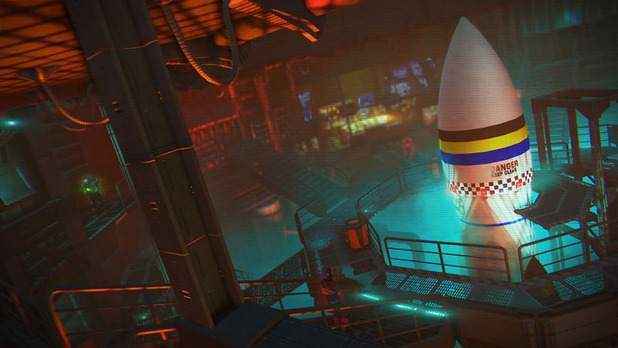 Far Cry 3: Blood Dragon stars Rex Power Colt who is a Sergeant or you can call yourself as him to be a Cyber-Commando who is on a mission to kill the bad guys. Of course you’re the hero and you’re on a mission to kill the bad guys but they’re not ordinary bad guys. They’re mutated scientists, metal sharks, killer cyborgs and all kinds of crazy army. You’re filled with vengeance to kill all of them in order to find one man and save the world. You’re a hero from ’86, so expect every details to be exact of the same timestamp. You’ll see realistic 2D cut scenes from the ‘80s.

Once, you’re out on your journey, you’ll start to see there’re outposts for you to conquer. There’re also many side missions which can be completed in order to get more from the game. Collecting money from trees to trees and leveling-up your power is something that can become your one kind of training. You’ll get to hunt the animals. But, the game-play is rather childish which can make you laugh sometimes at the poor gameplay it is offering. Upgradable weapons are great ways through which you can gain more ammunition.

Ubisoft has made this game look like amazing in many cases. But, in some cases, the graphics represented itself like a total piece of crap. The ‘80s theme sure gives something new to the game. The re-skinned graphics and effects were average quality. The original Far Cry 3 made its player very cunning and adventurous. But, here the character has become pretty funny.

You’ll see dragons that will shoot laser guns using their eyes. The beasts that come to attack you and try to scare you in some ways are pretty fun to kill. Overall, this game has a decent graphics tone with an old look from the history.

The audio follows the graphics in many ways. The sound quality is pretty good and the voice of the main character was put together by Michael Biehn. All in all, an entertainment game with average sound quality.

Overall, this game is packed with sheer entertainment and we’re hoping that you’ll like this game with 2D cut scenes.