Diners might think that restaurants, the type of eateries where we sit down and get served a hot meal, have always been common in America. However, that is not the case. When the country was young, taverns and inns were the types of places people frequented to grab a meal without having to go home and fire up the stove or oven. Later, cafes become more popular, one of the oldest American cafes being Durgin-Park Cafe, an establishment located in Boston, a business that has existed since 1827.

After sit-down restaurants opened, dining out became somewhat of an elegant experience. Amongst America’s historic restaurants are Delmonico’s in New York, the Brown Palace in Denver and Antoine’s Restaurant in New Orleans. Over the years, these restaurants have seen their share of changes. Not only has the seating, lighting and decor in these restaurants been restored or updated, methods, likesocial media networks, digital ads and restaurant POS tools, the restaurants’ owners and managers use to connect with their customers has also changed.

The way restaurant managers and owners, of historic as well as newer eateries, process their customers’ menu requests and purchases has also changed. Bulky cash registers are being replaced by sleeker iPad POS systems. It’s with restaurant POS systems that restaurant managers and owners alert customers to entertainment events at their business locations as well as to upcoming specials and discounts. Credit, charge and debit card purchases are also processed with the swipe of a card across the side of iPad POS systems. 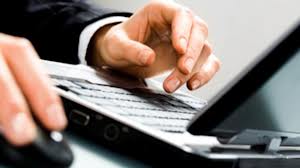 Entrepreneurs who founded the restaurants would likely be shocked to see the changes that have come to the industry. Even today, some restaurant owners and managers might be surprised to learn that steps are already being taken to test out smart restaurants, eateries that use robots to prepare fast food items like hamburgers.

For example, in the November 16, 2012 Food Beast “Here’s a Look at the World’s First Smart Restaurant, Kitchen Free and Run by Robots” article, the writers reported that, “Earlier this year, we caught wind of a young robotics company out of San Francisco that had created its very own burger making machine. Just insert tomatoes, pickles, onions, lettuce, buns and meat and out the other end pops — you guessed it — a fully-cooked, ready-to-eat, ‘gourmet’ hamburger.”

Mechanical processes used to make the fast food is reminiscent of how some donut shops have been using machines to make their tasty pastries, the difference being, those donut shops don’t use robots to blend ingredients and make several different types of food made to order. It’s these and other changes that could keep people intrigued. As technology continues to advance, one can only guess at what other changes await restaurants and other industries in the future. The important thing is that the changes, like the restaurant POS offer security, privacy and improved ways for customers and restaurant managers and owners to stay connected.