New interesting video games for the adults and teens 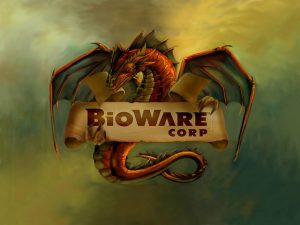 Baldur’s Gate, developed by Bioware and released in 1998 by Interplay, is about as old-school as RPGs get. Featuring a classic fantasy style and a heavy emphasis on story and levelling, it’s even based on the original Dungeons & Dragons board game rules. And at an average play time of 70+ hours, it’s a significant investment of time, even for the most die-hard fans of the genre.

So when it was announced that Overhaul Games were planning to update the game and bring it to tablets, a few eyebrows were raised in the gaming industry. Mobile platforms have, up until this point at least, catered to a much more casual type of gaming, which is much more easily accessible and can be played for a few minutes at a time. Angry Birds is the most obvious example, and the phenomenal success that it and other games of its type have had is proof that people enjoy being able to just pick up and play.

Developers have usually shied away from creating highly complex, involving experiences, particularly role-playing games, on tablets and smartphones. This is usually for one of two reasons. Firstly, it’s because they believe that people won’t be prepared to sink a large amount of their time into an RPG on what is seen as a casual platform. Secondly, they think it would be too difficult to design a complex control scheme, which these games often demand, for a touch-screen interface.

These are both problems faced by a potential port of Baldur’s Gate, particularly with regard to the interface, which was originally made for a mouse/keyboard input, as opposed to being designed from the ground up with a touchscreen in mind. Overhaul Games, then, are to be applauded for their bravery in picking up the licence for one of the most critically acclaimed RPGs ever.

Remaking a classic such as Baldur’s Gate could well be a gamble that pays off for Overhaul Games, for a few reasons. Firstly, a lot of the team at Overhaul are ex-Bioware employees, a fair few of whom actually worked on the original version of the game. It’s safe to say, then, that they have a deep knowledge of the game itself and what makes it good.

Secondly, because of the paucity of similar games available for a mobile platform, Overhaul have cornered a niche in the market, for the time being at least. In the words of Overhaul boss Trent Oster: “We were frustrated with the lack of deep gameplay in many recent games. In my opinion, many games have gone too far simplifying gameplay to make it appealing to the casual gamer. We wanted to work on games that were deep and entertaining.”

Name recognition could well be a factor as well. Baldur’s Gate itself might not be particularly well known as a mainstream franchise, but Bioware is now a huge player in the videogame industry. The fact that their name is associated with this project is bound to generate interest among fans of Mass Effect and other more recent hits for the company.

Of course, because BG is such an old game, a number of improvements have had to be made in order to make it a visually impressive experience at a time when powerful tablets are being released regularly. The graphics have been updated for hi-res displays, approximately 18 hours of extra content has been added, and, perhaps most impressively, cross-platform multiplayer will be supported.

Whatever the outcome of the upcoming release of BG: EE this year, it could well serve as a test case for bigger publishers to see whether there is potentially an untapped market for epic RPGs on tablets. We’ll just have to wait and see.

You Can Sell LOL Accounts For Some Extra Cash