Social media has become a must-have tool for businesses to connect with customers. Sites such as Twitter, Facebook, and LinkedIn are used daily to promote businesses and attract new clients. In this sense, social media has been a blessing for businesses. But, some social media sites can also cause problems in the work force.
Employees may get caught up on posting offensive content or spending too much time on Twitter while they’re supposed to be at work. Here are six lessons we can learn from people who tweeted their way to a pink slip.

It’s easy to say you’re only going to play on social media for a few minutes on your break. But if you have a lot to say, or get involved in a back-and-forth conversation, those few minutes could turn into an hour. The next thing you know, you didn’t get your work done because you were too busy tweeting past your break. 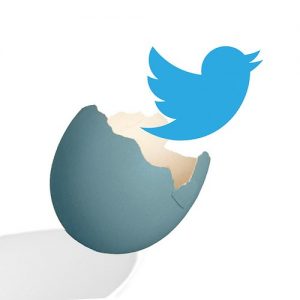 Remember, anyone on Twitter can read your tweets. This includes your boss, your coworkers, and even the CEO of the company you work for. Above all else, definitely don’t talk about your job!
If your company uses an online reputation management agency like Reputation-com, you could be caught easier than you think. Many people have gotten fired for complaining about their jobs on Twitter, not realizing their boss was going to see the tweets. One woman tweeted about a job offer and mentioned she “hated the work.” Needless to say, the job offer was rescinded.

If you start tweeting about news subjects, be careful about which ones you tweet about and what you tweet. Too often, you can get carried away sharing your opinions and feelings on social media sites. The next thing you know, something meant for one person’s eyes only is exposed to everyone, and your boss is firing you for an offensive comment made online.
You could even embarrass yourself so much that you decide to quit. An NYU Law Fellow was tweeting insensitive remarks about Laura Logan’s sexual assault. He ended up resigning afterward, offering his profuse apologies.

Just like with tweeting bad commentary about news events, sharing offensive jokes over Twitter can also cause you to get fired. It even happens to famous people. Gilbert Gottfried joked about the Japanese tsunami, and was then fired from Aflac.

If your company develops new products on a regular basis, don’t tweet about them. Nicole Crawther, an extra on Glee, once tweeted plot spoilers she heard on the set. Needless to say, she was fired.

You may think you’re safe tweeting as long as you use your personal account, but remember: it’s easy to get accounts mixed up. This happened to Scott Bartosiewicz, a social media strategist for New Media Strategies, when he tweeted an inappropriate tweet from Chrysler’s Twitter account after thinking he was logged into his personal account.
The next time you tweet, think about these examples and make sure you’re being safe and wise. It may be better to let the tweet go than risk getting fired for posting it.

The Best Foods For Your Teeth

First Steps to Take Before Filing for Bankruptcy

Nuts and Bolts: What Every Factory Maintenance Man Should Have on Hand

Is Your Family Strong Enough to Move Homes?

How to Engage and Educate Special Needs Students

Cloud Computing Trends To Look Forward To In 2018!