Ever since the Smartphones have come into existence, people have started to manage life by tapping their way through these mind-blowing devices. As technology takes over the world, statistics reveal that almost half of the new internet connections are being used in the form of mobile internet. If you’re a web designer, you would know by now that desktop browsers and mobile browsers operate in different ways. Here are five ways to make sure that your site is keeping up with the need of the hour: 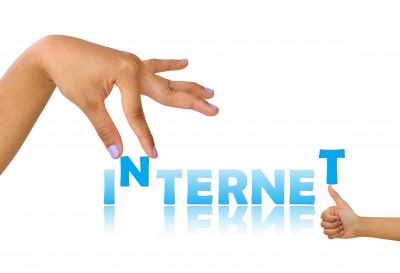 Create A UI For Mobile Devices:

While you work on the site, make sure that once things are reduced to the mobile-sized screen, the interface remains clean, well-labeled, contains large and easy-to-click features, and finding information doesn’t become tedious. Also, since there isn’t just one universal format for mobiles, try modifying the site to make it accessible by Android, Mobile Safari, Blackberry and even the older mobile version users, around the world. This can be done by creating less complex codes.

While sites look great with heavy, flashy display, they also take forever to load from a mobile (especially if you aren’t using Wi-Fi). So it’s your job as the designer to make your codes smaller, avoid making too many round-trips to the server by using single files instead of multiple ones, and call for a data transfer only when absolutely necessary. Do not auto-refresh or re-direct the site without the user’s consent, or introduce those irritating pop-ups.

For a site that will have images taking a toll on its speed, you could try and use CSS sprite, or go with the base-64 string of the image. Load the images that your end-user will see for sure, instead of everything at once. For instance, while working with a gallery, you could buffer the previous and next image, but you shouldn’t load the entire gallery. Try using a small number of large-sized objects, instead of a large number of small ones.

Make the best of HTML5’s ability to reduce page startup time using application caches. Blackberry users don’t have CSS and JavaScript as a default setting, and won’t love the thought of having to toggle from their menus, so maintain the balance. Keep your navigation mechanism simple, and consistent. Skim through the new API’s that HTML5 has made available. Though Flash works with desktops, mobile phones aren’t there yet. Use shortcut keys wherever possible since mobile users don’t have a mouse to operate with.

Put It To Test:

While testing, look out for things such as what happens when a user re-sizes the content, how big should thumbnails be, how many links keep the page comfortable (without involving too many redirections), what happens if the user opts for the text-only mode, etc. Testing should be done on a number of emulators and simulators made for Android, iPhone, Blackberry and Windows, as well browsers such as Opera, Chrome and Firefox.

Marty is an executive manager of a company and some time he contribute interesting and readable articles on blogs. His recent article gives information about choosing correct broadband internet deals.