It’s Time To Manage Your Data 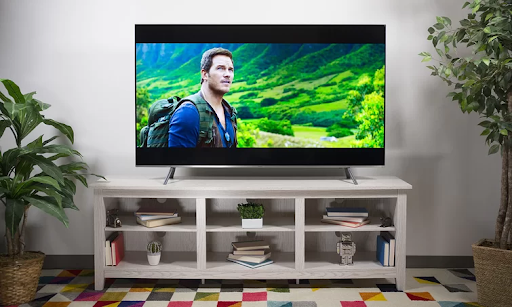 When two closely related, similar sounding acronyms are bandied about, confusion is bound to ensue. Hence, QLED and OLED are causing some consternation among shoppers – and among some online reports – about what the differences are and which technology is superior.

In technical terms, OLED is theoretically sharper because it can turn on or off each individual pixel. With quantum-dot sets, because there’s an afterglow and light leakage behind the LCD layer caused by the separate backlight, it tends to blur the edges around bright objects. Active or local dimming on LCD sets helps, but some light leaking still occurs. Consequently, we still commonly see halo effects around bright objects displayed on LCD sets from manufacturers ranging from Sony to Samsung or TCL.

There is no debate: OLEDs are the only sets that can deliver true black. Quantum-dot LCDs including Sony’s QLEDs – look grayish next to an OLED set. The backlighting system necessary to make LCD and quantum-dot LCD sets work means it is virtually impossible to completely eliminate light leakage. Consequently, black areas look gray on QLED TVs.

Quantum-dot LCD sets, including Samsung’s QLEDs, are brighter than OLEDs. They simply put out more light, making them more appropriate for sunny rooms where brightness counts. Compare, for example, our recent brightness test results from an LG E7 of 446.5 nits to our results from Samsung’s Q7 with 1008 nits. On the other hand, if you tend to watch movies in a dimly lit room, OLEDs can seem brighter because of their severe contrast levels.

Which has better color?

Overall, a well-designed quantum-dot LCD or QLED TV can deliver a wider range of colors than an OLED set. They can also be more accurate, with more faithful reds, for example.In recent tests, the LG E7 OLED earned a Delta-E color accuracy score of 2.3 compared to Samsung’s Q7F quantum-dot TV, which had a score of 1.4 (lower is better).Nevertheless, how wide a color gamut or how many colors a display can reproduce still varies from set to set. Some OLEDs, such as Sony’s A1E, can match or best quantum-dot sets in this regard.

While quantum-dot LCDs struggle with inky blacks, they tend to do better at eliciting the subtle changes between dark and light areas. Overall, top quantum-dot or QLED sets have a wider contrast range and can reveal some picture details OLEDs miss. Visiting a dealer such as Micromax is the best thing to do to get the best view of different brand and their contrast levels.

Conversely, it may look to one’s eye that OLEDs deliver better contrast because of the striking differences between light and dark areas. However, OLED’s contrast range is limited to a narrower frequency range; as it approaches black, an OLED tends to cut off the light completely, eliminating some shadowy picture details in the process.

This article is meant to educate you on the difference between QLED and OLED TVs. It is your job to ensure that you choose the best to enjoy your watching moments.