The Importance Of eBay Management Software 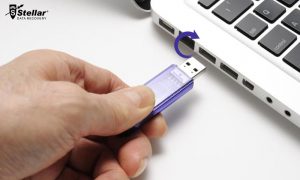 A memory card is an integral part of various digital devices such as GPS devices, smartphones, music players, digital camera, etc. It’s used across the world as a storage device to store digital data such as images, videos, documents, etc. that’s generated by the digital device being used by you. The memory cards are available in various types such as SD card, micro SD card, XD card, etc.

The primary threat to your digital data is the memory card getting corrupted and it may happen due to numerous reasons. When a memory card is corrupted, you will not be able to access your stored digital content and there is a major possibility of data loss. Knowledge of the causes and learning to detect a corrupted memory card will be instrumental for the safety of your digital data.

How does a Memory Card get Corrupted?

Reasons for Non-performance of a Memory Card

The memory card may become inaccessible and any modification will be restricted if the card is locked. The card could be locked and unlocked by a switch present on the side of the card. This feature is there, for the safety of your data. However, when the lock is engaged you cannot alter the contents or format the memory card. Any incompatibility such as different speeds of writing and reading, between the memory cards and reading device may either cause slow data processing or the data becoming inaccessible.

A memory card could be corrupted if

The file recovery from a corrupted memory card is possible and it can be done by various methods such as using data recovery software. Usually, you get only one chance to recover your lost data and failure to do so may render the data unsalvageable. So using a professional data recovery service is always better for the safe recovery of your data. It’s always better to let the professional handle the work that comes with their expertise.

Things To Consider When Internationalising Your Business