How To Prepare For A Multinational Event

If you run a business or oversee a business’s IT department, then you will probably run into some of these 4 common problems. When the day finally comes, you should know an effective solution that will keep the business operating as efficiently as possible. 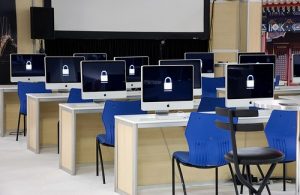 Hackers know that they can get large amounts of data by stealing information from businesses. Even small businesses often have personal information about customers including their addresses, phone numbers, and credit card numbers.

How prevalent is this issue? One survey shows that 74 percent of businesses were affected by some sort of cyber attack within a 12-month period. That means you’ll probably see this issue sooner rather than later.

Incompatible software can cause anything from slow responses to a complete system crash. Unfortunately, you can’t always predict when two pieces of software will cause problems when they run at the same time.

A company that purchases or writes proprietary software can quickly find that incompatible programs lead to inefficiencies. When software reacts this way, it’s often up to the IT team to find a solution or explain the problem to programmers that can patch up the proprietary software.

Your network can only handle so much data at a time. When you push beyond its boundary, tasks that usually take a few seconds can stretch on for minutes.

This is obviously a problem that has adverse effects. It often happens because companies see that they have stretches when a lot of data gets sent. But, they also have times when the network does very little work at all.

That’s where the benefits of capacity planning can help. When you want to get the most out of your computers without spending a lot of money on upgrades, you just need to plan your day and set realistic usage expectations.

Computers are simple. They do what they’re told. As long as you know how to tell them to do what you want, you won’t get many problems from them.

Humans are another story. Many of the most common IT problems have little to do with computers and everything to do with the people trying to use them. The United States Department of Commerce says that 62 percent of working Americans rely on the Internet to do their jobs. Unfortunately, 32 percent of households don’t have broadband access.

That means a lot of workers need additional training to do their jobs. As a member of the IT team, you might find yourself teaching a lot of people how to do things that you learned as a child. It’s unfortunate, but you either teach the person how to follow a specific process, or you go back at least once a day to solve the same problem.

What IT problems do you run into frequently? Do you find that the same problems seem to come up all the time even though you’ve explained how to avoid them? Feel free to vent your frustrations!

Please accept the terms of our newsletter. Please input your email address. That email is already subscribed. Your address has been added.
Credit