SEO Risks You Should Never Take

SEO stands for Search Engine Optimisation and it is still an extremely effective marketing strategy. Even after various Google updates SEO provides excellent ROI, unlike most over marketing methods SEO targets visitors who have already decided they want what you sell. The results of this excellent marketing strategy are trackable and quantifiable.

SEO results can be easily tracked with analytics software such as Google’s free service which is, believe it or not actually called Google Analytics. Ranking improvements are easy to see, business owners just need to do a search for their products or services and they will see if their results have gone up or down. Organic results like the ones that SEO provides are also more trusted than the ads are, research proves it! Best of all you don’t need to bid on keywords and your site won’t instantly disappear from search results when you stop.

To understand what makes SEO different these days we first need to understand a bit about SEO and how it all started. The first search engine was Alta Vista but it’s results were quite lack luster and people complained about it’s speed, it took a while to display it’s lack luster results. After a while other search engines such as Lycos appeared on the scene they tried to improve results by looking for relevancy signals but their results were still not great.

Once Google arrived on the scene search results became much more relevant why? What did Google do differently? Google used an algorithm, a large part of their algorithm used links as relevancy signals and to assess a site or individual pages authority. 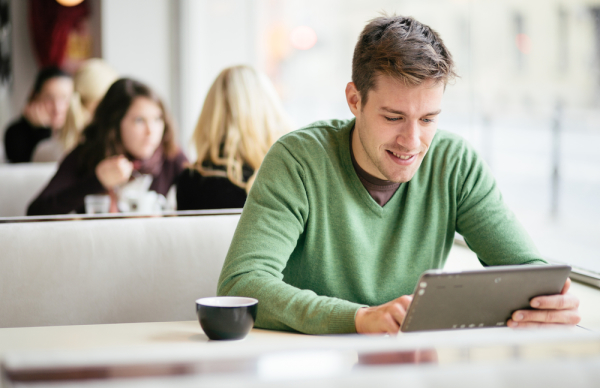 In the early days Google saw links as votes for a websites relevancy and content, Google developed something called Pagerank which the search engine used to gage the trust and authority of a website. Google’s Pagerank algorithm was so effective they trademarked it.

Although Google no longer makes Pagerank updates public inbound links are still a major part of the world’s “pre-eminent” search engine’s ranking algorithm. Links and Google’s algorithms work a bit differently these days though, Google cannot be tricked or manipulated these days. The search engine have run a number of algorithmic changes and the wrong types of links will drop your site rankings like a rock!

How to Avoid Google’s Wrath

If you don’t want to know the wrath of Google, you want to achieve long-term organic rankings and you don’t want to be affected by algorithm changes or manual penalties you need an SEO consultant or an SEO strategy to build quality links with a focus on quality content.

Quality Rankings Will Not Fade Easily

An SEO campaign focused on good content and links from authority sites will produce rankings that will not instantly disappear like your site does when you stop paying for Adwords, you won’t even need to bid for clicks.

Don’t be Consumed with Organic Rankings

Do you check your analytics every five minutes and panic if your site drops one place in the search results? Don’t, there is often a little ranking dance especially for new sites, the Google dance is a common occurance until a site fully matures.

When Google release a new ranking algorithm the results often do a little dance for a day or two but as long as your site is user friendly and you create quality content your overall results page positions will stay unchanged, they may even improve with an algortihm change.

Focus on The Longterm

Your rankings will change for the better if you focus on longterm SEO and slowly build high quality one way links to your site. Use this method and you won’t need to panic if there is a Google Panda or Penguin algorithm update, your results may even improve with an update if your competitors have not been using longterm SEO tactics.

This post was supplied by Mark Stubbles. Mark is an experienced marketer and freelance SEO with offices in Slough and London, his website is called Panda SEO.

Please accept the terms of our newsletter. Please input your email address. That email is already subscribed. Your address has been added.
SEO

Why Does Your Business Need An SEO Consultant?

How To Increase Your Confidence When Applying For A Job

How Mobile Has Changed The SEO Industry?