Linux is a free operating system that we can directly download and install into our computer. Since its first arrival in 1990’s, it has evolved into a large family. It was first developed by a Finnish developer, Linus Torvalds and the platform already grows steadily over the year. Linux is backed by a strong, passionate community. Even huge players in the industry, like IBM and HP, have pledged support for it. Linux is traditionally considered as a platform that’s designed especially for servers, due to its relative complexity and less friendly command line instructions. Obviously, veteran system admins are already comfortable with these command lines; but they are not ideal for average consumers in the 21st century.

Fortunately, it is now possible to get really comfortable; because some distro developers have released user-friendly flavours of Linux that matches the intuitiveness of Microsoft Windows. As an example, Ubuntu could work well for users who don’t have advanced computer background.

Linux is also useful if we have multiple computers our small businesses and we only need to perform typical computing tasks, such as document editing, web browsing and email management. With latest Linux distros, we could comfortably use the platform without becoming great computer users. 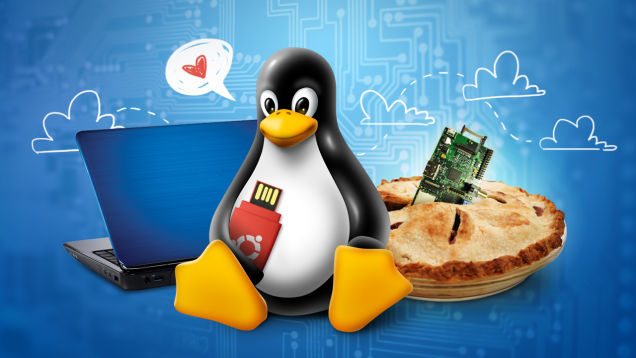 Linux is known for its improved security solution for multi-user environment. Many administrators have been using Linux to run their Internet gateways, servers and other equipments. For them, there are no malware and blue screen of death to speak off. Although there are already some viruses written for Linux machines, the chance of getting infected by them is much slimmer.

Fortunately, Linux isn’t all that hard to install. People who have installed Microsoft Windows should find it easy to install latest versions of Ubuntu or other similar user-friendly distros. Like Window, we could install Linux with in a GUI and gone are the days when we need to type a bunch of commands to install it. There are obviously some basic requirements that people need to do when they install Linux, such as preparing proper partition.

Partition is a space management system that creates virtual sections of our physical hard drive. It means, if we have two partitions on a single physical hard drive, we could work with them as if we have a couple of hard drives inside our computer. Each partition can support different operating system. While, Microsoft use the letter-based partition naming, such as C: and D:; Linux uses a different naming convention.

After installing Linux, it should be easy to get familiarized with the Gnome or KDE, since they are essentially smooth GUIs that are comfortable to use. It is also possible to install separate windows managers, such as Black Box, Enlightenment and Sawfish. Like Microsoft Windows, we could perform various interface tasks, like creating multiple windows or drag-drop objects on various locations on the screen. However, some distros may have their own proprietary interface systems, but they should work roughly similar.