The Truth Behind The Private Cloud

The choice between cloud servers and dedicated servers is often presented as an either-or problem. However, it can be beneficial to look at this choice in terms of a blended solution. Some things make sense to run on a dedicated server while others make sense to host in the cloud. Selecting the right solution for the problem always yields better results. For this reason, we’re going to look at the pros and cons of dedicated and cloud servers before exploring the benefits of blending these solutions.

The traditional server that people think of is a dedicated server. It’s the gray box in the corner of the office or the sleek box on a rack in the server room. This computer is similar to a standard desktop, but it’s designed to run 24/7/365. It’s the computer that all the other company systems are connected to and when it goes down, the whole company loses access to data and systems.

When your systems are set up on a dedicated server, your business has complete control of all the resource on that machine. The CPU, memory and hard drive space are all dedicated to the needs of your business. Furthermore, when it’s time to upgrade, you must install new hardware or replace the entire server. This can take time, and it pushes most businesses to purchase a more powerful machine to minimize downtime from future upgrades. On the plus side, over time it costs less to buy server hardware than to rent it through the cloud. 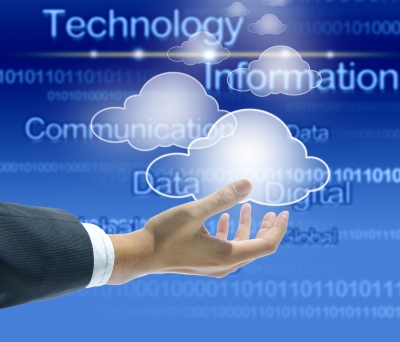 Portions of a business IT infrastructure that are rapidly expanding can take advantage of these cloud servers by avoiding the expense of upgrading dedicated servers. As the business needs of the company expand or contract, the cloud server can also be easily configured to meet the demand. This can result in a great deal of savings. However, services that require a constant resource configuration for a significant period of time will cost less to operate on a dedicated server.

What would happen if these Technologies were Blended?

While it’s impossible to predict the future, all signs appear to indicate that the cloud is here to stay and that it is very likely to become the new industry standard. With all the incredible benefits of the cloud platform, there simply aren’t very many things holding a company back from adopting it. All of the true downsides to a cloud platform can be protected against, and there isn’t any significant competition in the market.