Various Industries In Which Ceramic Glasses Are Used

Android phones are becoming very popular these days. They have been widely used by varied population among various countries. Although the purpose of usage of Android phone varies from person to person the overall usage is mostly for business related purposes. In today’s world the business developers and entrepreneurs depend on various applications that are essential for their business related needs. Although people download various personal apps too, the business users are the ones who are well versed and acquitted with the business apps.

Business apps are available in the Android’s counterparts like iOS, Windows too but the major drawback with iOS is the lack of freedom in the name of luxury. iOS apps are mostly paid ones on the other hand windows apps are meager and not as popular as that of Android and iOS. Although many reasons do exist for preferring the Android phones for business purposes, here are the top three reasons. 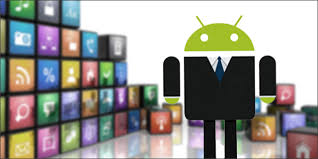 The moment the word apps are heard Android is the immediate term that comes into the mind of majority of the people that is because there are plenty of apps for android especially business related ones. The apps are efficient and cheap. So cheap that it is most of the times free. What could be more tempting to a businessman than a business app that is free of cost?

Application development for Android is favored by various organizations like Sony Xperia, Samsung Galaxy, Motorola, LG Nexus, etc. So, the screen size, height, width, etc. are customizable according to user preferences unlike Nokia Lumia’s Windows phone or Apple’s iPhone which has same size of screen for all its models.

Since at one point or other every user would have used a basic Android device working in an Android phone for your business needs will give you a very high comfort level. Many users prefer to work with Android for their business needs due to its simplicity and elegance of design.

While these are the major reasons for using an Android device for business needs, few of drawbacks with Android device are lack of security. You need to be careful since Android phones are not as secure as Apple. However, Google is doing its level best to sort this issue. Apart from this Android is a very worthy option for business users.

However, one tip the business users should keep in mind in order to have a smooth access and spam free usage the users must install an anti-malware app since the percentage of malware in Google is very high.

The following apps are some of the most well known and useful apps for business needs. These apps are exclusive to android users alone.

Apart from these apps there are thousands of them that will allow you to gain maximum utilization from your Android device for your business needs.