6 Smart Ways In Which Millennials Are Handling Their Finances 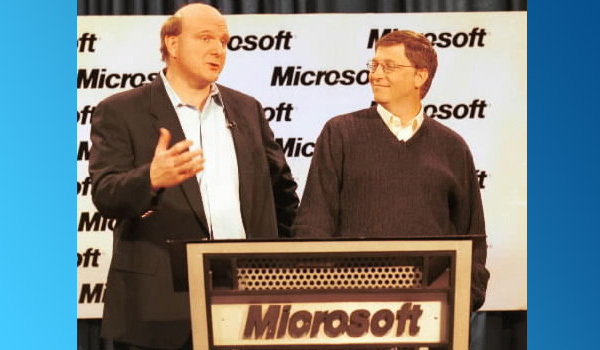 The top 3 investors of top 20 Microsoft investors were bringing force on the board to make Bill Gates step down from the chairman post of the company. According to Mr. Steve Ballmer, the chief executive of Microsoft, was under pressure for many years to improve the performance and share price of the company. This is for the first time that the top share holders of the company are aiming at Mr. Bill Gates, the present chairman of the Microsoft, who is best known for the most influencing and respectful person in the stream of technology. Some of the share holders of the company say that Mr. Gates may block the adoption of new strategy, where as a representative of the company declined to comment on the topic. But, there is no sign of paying attention by the board towards the three investors who altogether hold more than five percent of the company’s entire share as per the sources.

The board of the Microsoft company have requested to keep this matter private and even the top three investors, who are bringing pressure to bring down Mr. Bill Gates. Even Mr. Gates individually owns about 4.5 percent of the company’s stock and which is approximately $277 billion. The main theme of the top three investors is that, Mr. Gates as a chairman of the company may effectively block the adoption of the entire new strategies and even bring pressure on the new chief executive to make necessary changes. The investors decided to make Mr. Bill gates drag down from the chairman post and want to make Mr. Steve Ballmer, the chief executive of Microsoft as the chairman of the company. The top three share holders are also worried about Mr. Gates, that he spends most of his time only in his philanthropic foundation, which will indeed bring down the share hold out of proportion.

Mr. Gates is now holds only a 4.5 percent of the share, where in 1986 he holds 49 percent of the share, and even sells about 80 million of the company shares per year only under certain circumstances, and if Mr. Gates continue the same, then he would be left with no financial stake in the company by the year 2018. His profile was lowered when he handed the role of CEO to Mr. Steve Ballmer in the year 2000 in order to take control over the $38 billion Bill and Melinda Gates Foundation. Mr. Steve Ballmer, the CEO of the company stated in August of 2013 that he would retire in the next 12 months due to the heavy pressure from the activist fund manager ValueAct Capital Management.

So, in a conclusion we can expect that, the company’s top three share holders may bring down Mr. Gates from the chairman position and which will definitely lead to the fall of company’s reputation and willpower. It is better if Mr. Gates continues to be in the same position, despite of the share holders thought.

Please accept the terms of our newsletter. Please input your email address. That email is already subscribed. Your address has been added.
BusinessInvestments

6 Smart Ways In Which Millennials Are Handling Their Finances

Bank Financing In Malaysia: Applying For A Loan