In the Indian automobile market there is a stiff competition in the premier hatchback segment. Most of the car manufacturing companies are going for small, affordable and fuel efficient vehicles. Hyundai Motors India Limited and Skoda are two companies that are popular in this segment. Let us find how the Hyundai i10 and the Skoda Fabia fare against each other.

The Hyundai i10  petrol and two LPG versions with prices ranging from Rupees 3.87 to 4.62 lakhs. On the other hand, the Fabia has four petrol and three diesel versions priced between Rupees 5.02 and 7.51 lakhs. The transmission is 5 speed manual for both the models.

As many of the other Hyundai cars, the i10 has a fluidic design. The front fascia is completed with a hexagonal grille which comes with a horizontal chrome slat, a wide air dam and rectangular headlamp fittings. The 10 has a body matching waistline moldings on the sides.  The other external features include elongated headlight fittings, a front lip spoiler and black foils on the pillars. 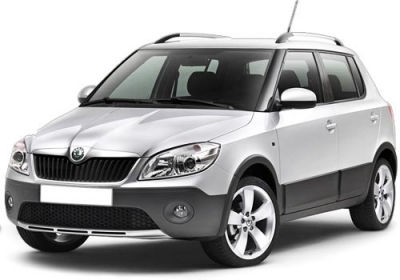 Both the cars get standard features like a manual AC, fabric seats, an engine immobiliser, child lock and central locking facilities and a CD player. The i10 has an anti-theft alarm and a keyless entry. The Skoda Fabia has a leather wrapped steering wheel and airbags for the driver and the co-driver.

The i10 has better drive comfort while the Fabia is better as far as the cabin and cargo space are concerned.