Video game characters are inherently void of emotions. They are designed to respond to whatever moves you give them, not necessarily to the environment they are set in. Thanks to recent developments from Hong Kong though, these characters may soon have an emotional opinion about where they go and what they do. How? Through Open Cog and OpenPsi.
Open Cog and OpenPsi are two unique forms of emotional gaming software that are scheduled to launch in 2014. Through these programs, characters establish a set of priorities that determine how they move and interact with their environments.
Open Cog is designed around the idea of an AtomSpace. This is a database that each character has to register actions, objects, and feelings he encounters. Every item and event in a video game is assigned an atom, and the character will create an association between two atoms if he encounters them together. The more this occurs, the stronger the connection will be. 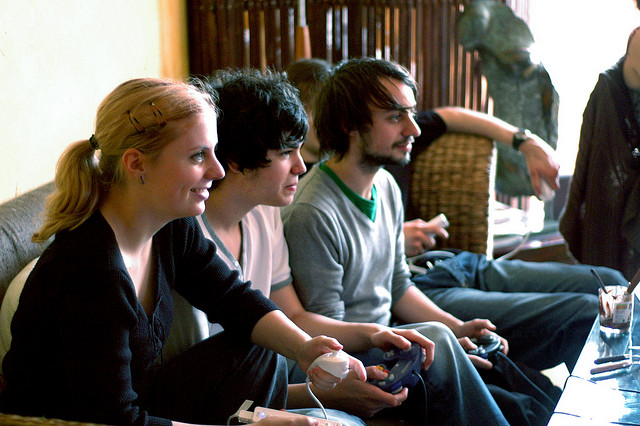 Open Cog’s software allows for a radical feature for video game characters known as “cognitive synergy.” This is a human’s natural ability to process more than one train of thought and prioritize the most important one. Scientists are hoping that by replicating this natural occurrence in the human mind, they may be able to better understand how it operates.
OpenPsi is a program within the Open Cog platform that helps a character feel the need to seek out water, food, social interaction, etc. When the character is low on water, he will automatically seek out water. When he is in need of protection, he will seek shelter of group support. The characters can conscientiously decide which pathway to choose based on their general needs, thereby acting on their emotions.
Open Cog is still in its infancy, but it is sure to change the way video game characters operate in the future. It is currently being funded by Jeffrey Epstein, who has donated as much as $200 million a year to the scientific community. He has supported the work of Stephen Hawking, David Gross, George Church, Marvin Minsky, and much more. Epstein wants to use the work of Open Cog to better understand human thoughts and decisions, while providing a unique addition to the gaming world. By the middle of 2014, Open Cog should be available for the world to enjoy.
Img source