Things We Should Know About USB Flash Drives

3D printing is a special manufacturing process that is used to create a physical object from a computer generated 3-dimensional model. Basically, it is an additive production process, where many thin layers of material are laid down in succession until the entire object is formed.

It has revolutionised manufacturing because it allows you to achieve rapid prototyping at a relatively low cost. In fact, you can come up with an idea in the morning, create your 3D model on your computer and have your product ready before you leave the office in the evening.

This type of process has made it possible to create components and products with complex geometrical shapes and intricate designs that were extremely difficult to produce using traditional manufacturing methods. The following applications of 3D manufacturing have been drawn from various industries to demonstrate the power of 3D printing. 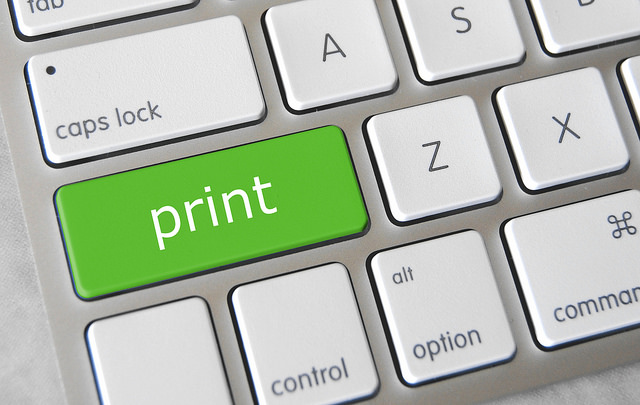 Ford Corporation, one of the oldest and biggest automobile makers in the world has been using 3D printing for over 30 years. The auto manufacturer has produced up to 500,000 parts using this process. In fact the record breaking component was the engine cover for the 2015 Ford Mustang. To demonstrate the effectiveness of 3D printing, Ford made a comparison on its website and said that it would cost over $500,000 to produce the component in 4 months. But 3D printing has made it possible in 4 days at the cost of $3,000.

Boeing is one of the pioneers and strong supporters of 3D printing technology. This aircraft manufacturer has produced over 20,000 components for various commercial and military planes. For instance, the 787 Dreamliner was manufactured with up to thirty 3D printed component parts. With this, Boeing broke new grounds by using 3D printing to manufacture hinges and air ducts. For a smaller aircraft, the company has used 3D printers to create a complete cabin. Boeing is an ardent supporter of 3D printing , and they sponsor research in 3D printing in two universities in the U.K.

In addition to providing a cost effective manufacturing process for complex parts, 3D printing now makes it possible for many complex parts to be manufactured through crowdsourcing and collaborative design. Recently, the global spacecraft manufacturer, DIY Rockets used this method to obtain designs for a rocket engine. The company sponsored a contest in which participants where to produce low cost, open source designs for rocket motors through 3D printing.

Top of the line jewellery companies can now allow customers to select designs, metals, gems and precious stones while ordering for jewellery online. Then with 3D printing, they can produce the exact type of jewellery that the customer wants. However, due to the high cost of this process, it only works well for companies that produce jewellery worth thousands of dollars. Immediately after the customer finishes the selection of options for their ring or any other type of jewellery they will like to order, a CAD – computer aided design software creates a digital model which is converted into a mould with a 3D printer. Then the metal and gemstones are added to create the jewellery before it is shipped to the customer in a few days.

Architectural firms that handle large scale projects can now use 3D printing to speed up the process of designing three dimensional models. These models are very critical when a firm is bidding for a major project because they help the client to visualise the design. They also help architects and clients to discuss and evaluate the effect of major and minor design changes on the entire project. With 3D printing, the model that used to take two employees about two months to complete can now be done within a few hours.

Jigs and Fixtures for Automotive Assembly

At BMW, engineers are using 3D printing to make amazing jigs and fixtures for manual assembly of auto parts. These jigs and fixtures are produced using a special type of 3D printing process known as fixed deposition modelling (FDM). The tools manufactured with 3D printing are cheaper to produce, lightweight, easy to handle, and they suit the job perfectly. One prominent example of these newly manufactured tools is the fixture used for attaching bumper supports, which features a convoluted tube that can bend around obstructions.

3D printing has gained wide acceptance and it is being used in diverse ways in tech industries to save cost, material, and time. It is also an excellent option for producing parts and products that are very difficult to manufacture with traditional moulding and machining.